About the Middle Suwannee River

The Suwannee River, at approximately 246 miles long, is the second largest river system in Florida. Originating at its headwaters in the Okefenokee Swamp in southeastern Georgia, the Suwannee River flows south and southwest to the Gulf of Mexico. The river derives its tannic c 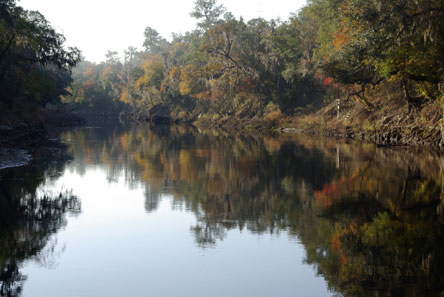 olor from decaying vegetation in the Okefenokee Swamp and maintains a black tint as it flows south.

Portions of the Suwannee River encompass unique combinations of water sources, groundwater interactions, and aquatic and floodplain habitats. For this reason, the river was divided into three separate reaches for minimum flows and levels (MFL) development. A detailed study in each portion allowed full consideration of the varied characteristics of this 246-mile long waterway.

The Middle Suwannee reach extends 92 river miles from Ellaville to Wilcox (Fanning Springs). The Suwannee River, including the Middle Suwannee River study area, has been designated an Outstanding Florida Water (Chapter 62-302.700). This designation is conferred to waters of the state with "exceptional recreational or ecological significance."

All MFLs established by the District are voluntarily submitted to independent scientific peer review. This practice ensures that the highest degree of scientific certainty is provided prior to adopting a MFL by rule. 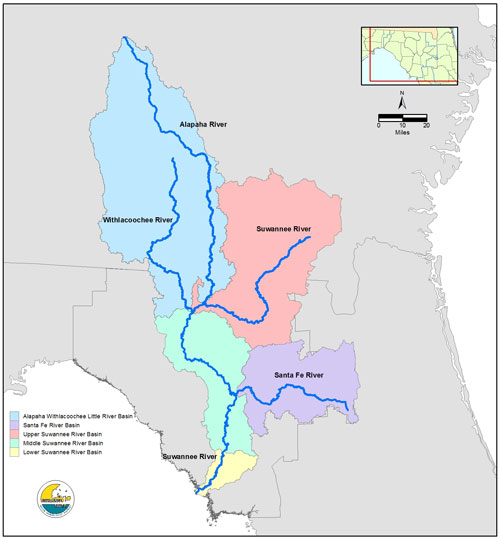